Setting the 360 image or video

What is the maximum viewable resolution for a 360 photograph?

Using Multiple 360 Videos in One Space

Navigating between 360 Videos with links

Using a 360° as a background requires a space created using the 360 template. 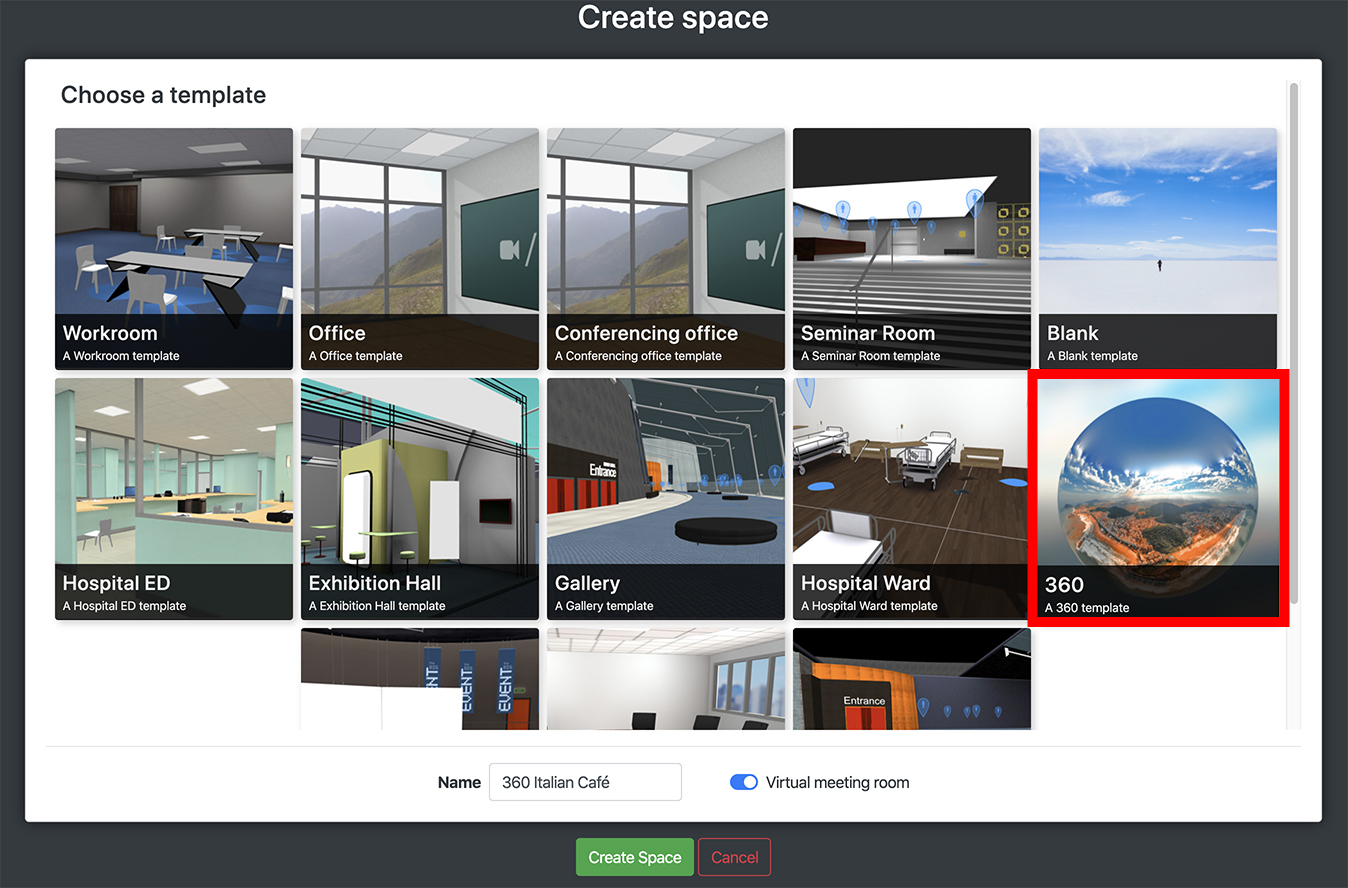 The space will be created with a completely white background.

Setting the 360 image or video

The instructions to change the image will vary slightly depending on the space’s version. We suggest using at least version 2.10 of the platform. An easy way to know which path to follow is to check whether the “Panorama” option is available in the edit menu: 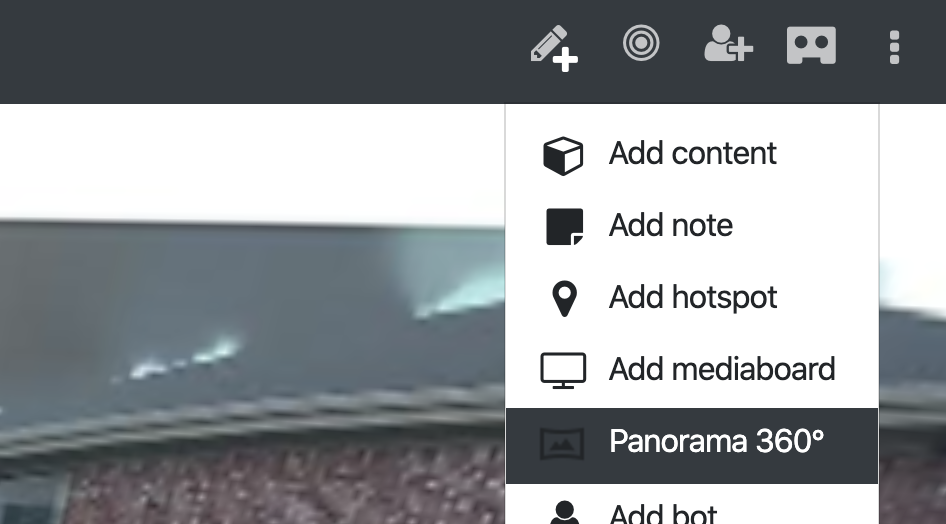 The 360 will update immediately. 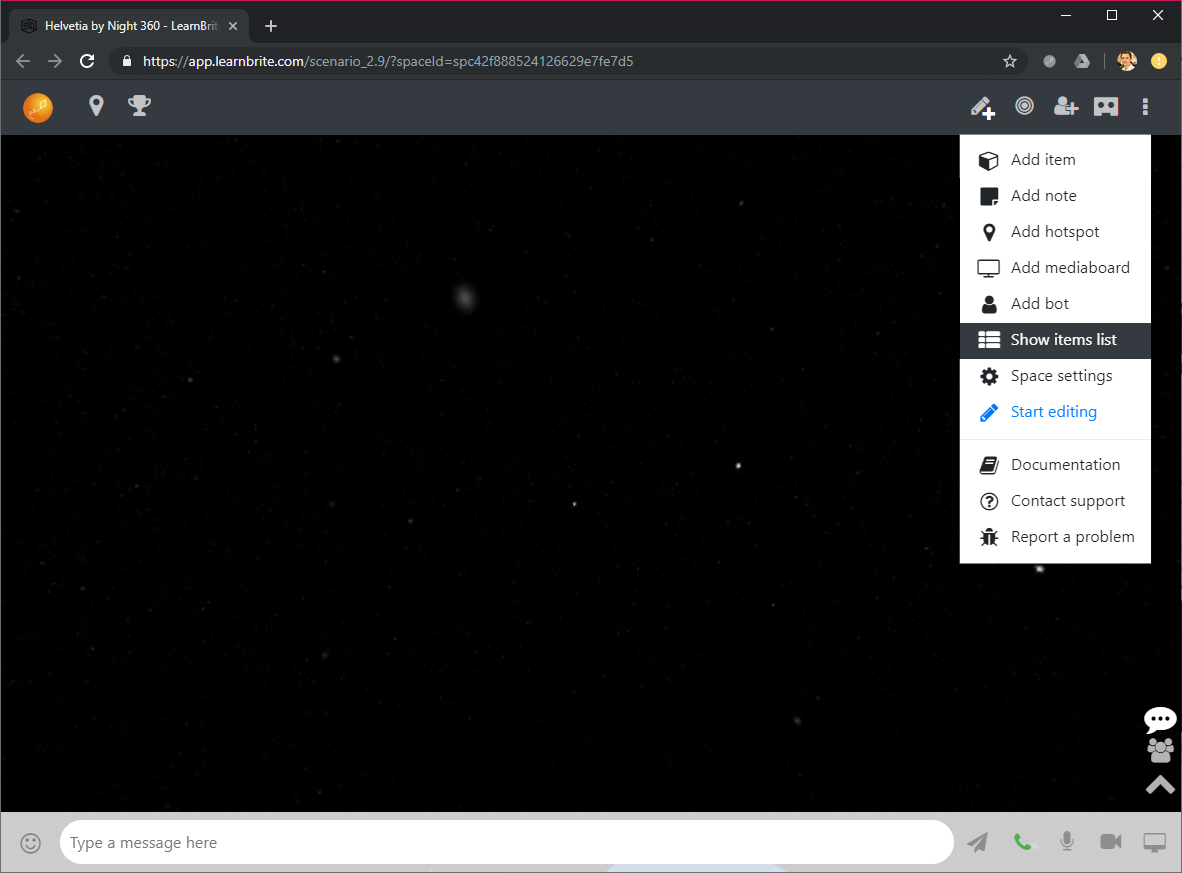 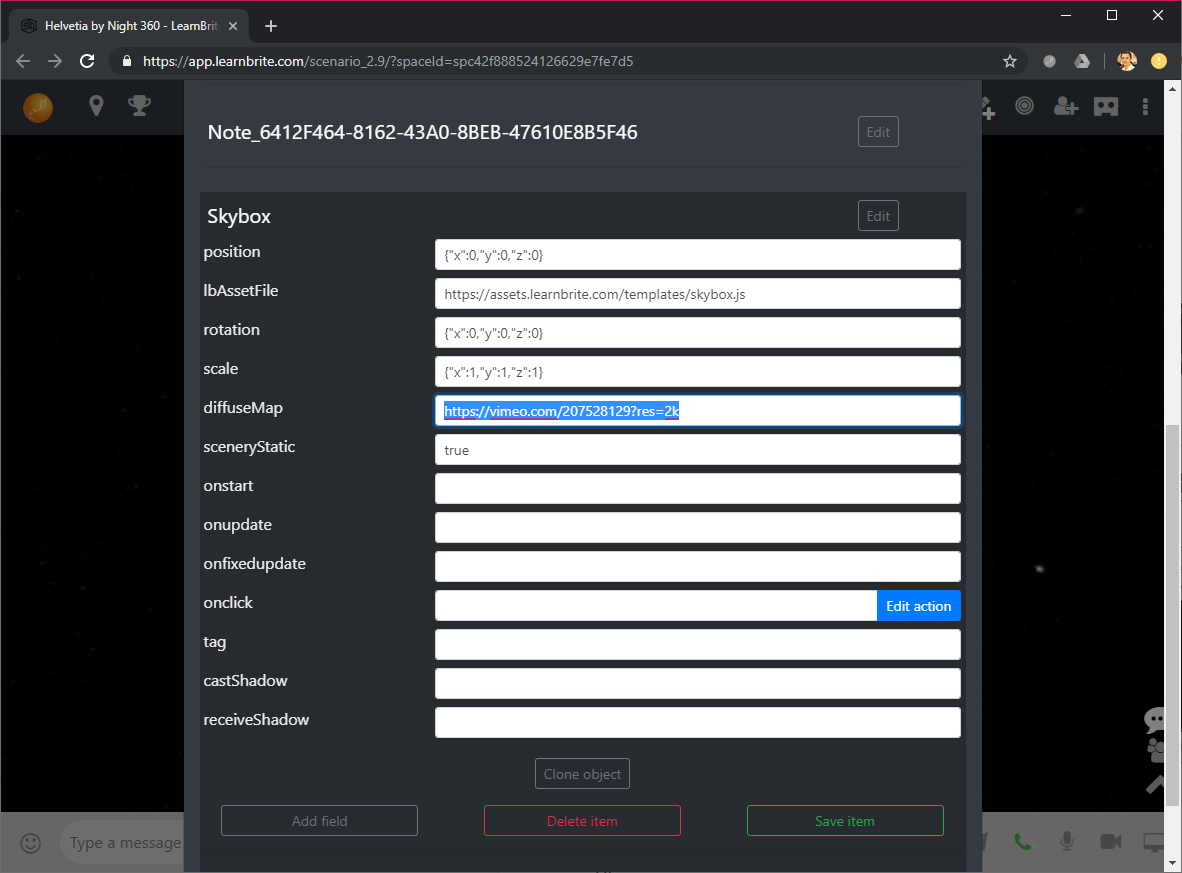 The 360 will update immediately.

You may upload 360 images as .jpg files to https://storage.learnbrite.com

What is the maximum viewable resolution for a 360 photograph?

A great answer to this question has been supplied on Reddit

Michael Abrash made a prediction that in 3 years headsets would have ~30 PPD, so if you want to be able to view your photos without loss of quality in these headsets this means :

If you want to store your files for the longer term you should maybe use an even higher resolution. The average visual acuity of the Human eye is ~85 pixels/degree (for comparison the Rift has ~13.6 PPD), so to be mostly future-proof (except if you've perfect vision at ~120 PPD) this would mean :

But by this time and probably before 3 years I think we'll have other 360° formats (based on light fields probably) which require a lot more images.

You may upload .mp4 files to https://storage.learnbrite.com delivery performance may vary, so we recommend using our streaming service explained below.

You may also link to files on Vimeo for streaming.

Streaming files are store on Amazon S3, a streaming URL .m3u8 will be supplied to you for inclusion in your project.

LearnBrite plans to automate and make this feature self-service in the future.

ChatMapper nodes can be triggered to execute at certain times when the Media Element (360 video) is playing. An example CMP can be found here: TimedMediaTriggers.cmp

This is achieved in a parent node with a Script which constantly updates a variable to equal the current Media Element time.

First we create a ChatMapper Variable nowTime of type Text

Then children nodes contain a Condition to check if that time has been reached or exceeded. To stop the node from being executed over and over a check against the SimStatus is used. If the child node has been displayed then it will not be shown again.

For example checking nowTime is EQUAL to 2.2

Additionally, a “catch-all” node is inserted, so that whenever the time does not match a condition the conversation goes back to checking the video’s time. This is an empty node, with no condition but Priority set to “BelowNormal” 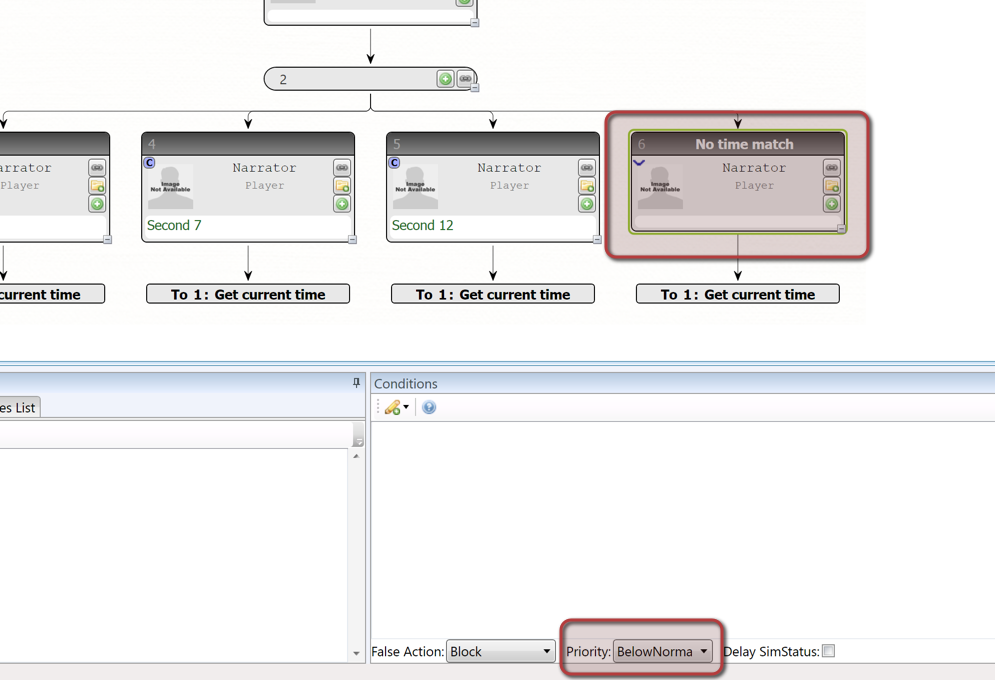 Using a Script to Play

Using a Script to Pause

Using Multiple 360 Videos in One Space

Then using a Script set it’s diffuseMap to a media URL ending in .m3u8 or .mp4, or a direct URL to an online video service such as Vimeo.

Before the video has loaded or can be displayed the space/screen will be black. To avoid this you can use a poster parameter with the diffuseMap URL to show a 360 loading image.

Just add the following to your URL , “?poster=URL_OF_IMAGE”

The Media will be paused by default. You will need to execute a Script to Play the video (see 360 Video Play & Pause section)

Navigating between 360 Videos with links 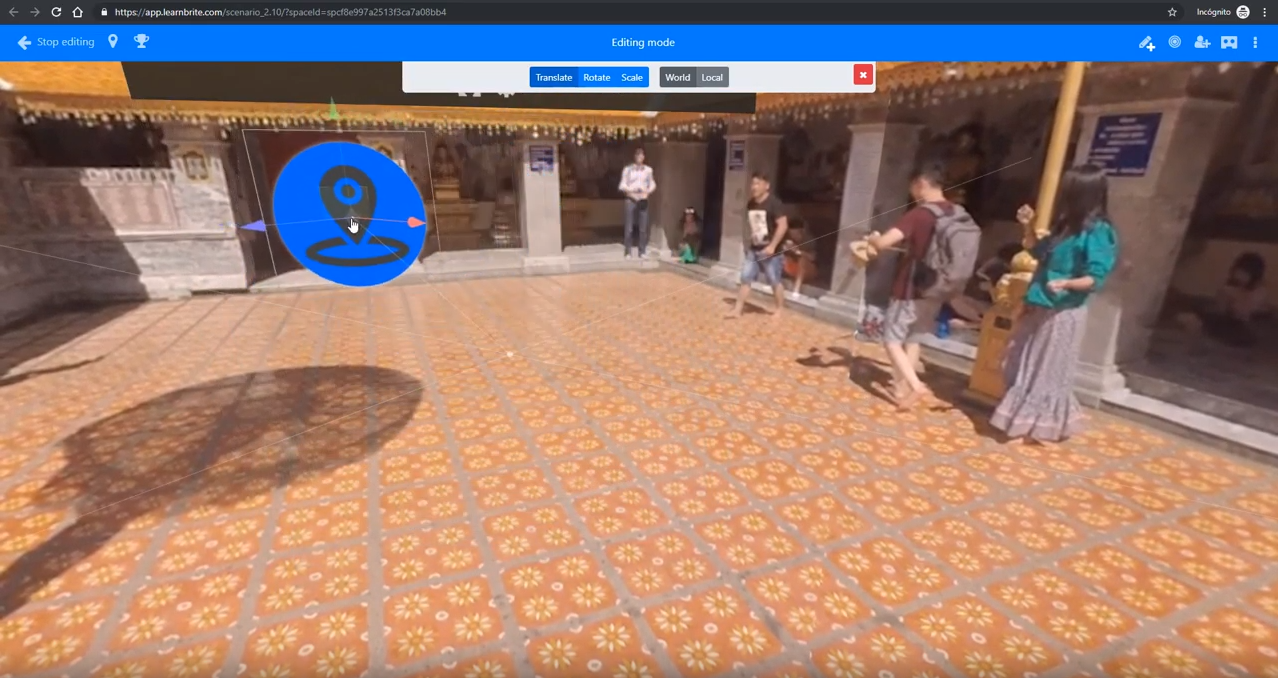