Which Headset should I buy?

What browser/app should I use to view VR in a headset?

Depending on the device, users might get a popup asking for the installation of “VR Services”. This is required for the device to be able to get into VR mode, so you should tap on “Install” if asked, and subsequently tap on “Allow VR”

If you mistakenly tapped on “Block” instead, you can reset the permission by following the “How do I… > Reset browser permissions” guide

Will display in VR but only works in browsers that support linking, Firefox, Samsung

that are popups/video in VR won’t display

In Safari for iOS, fullscreen is emulated using <meta name="apple-mobile-web-app-capable" content="yes"> and requires the user to add the page to their Homescreen and launch the experience from there.

Chrome, Firefox and other non-Safari browsers can not show VR accurately as WebKit does not support the Fullscreen API and the URL bar is never hidden.

LearnBrite AR is not compatible with third party browsers on iOS, such as Chrome or most in-app webviews, due to Safari being the only browser with access to the camera.

Which Headset should I buy?

What browser/app should I use to view VR in a headset?

Is there an application I have to download on Steam?

You will use a browser to view the content. Here is a list of recommended browsers based on the device you are using https://webvr.info/

The Menu vertical position can be changed from its default of -0.15

Use a script as follows

This replaces how Scenario displays the captions. When this is enabled, no 2D captions or VR captions will be shown, but independent (one per actor) 3d in-scene caption will be displayed.

We need 1 actor per person talking to apply different position and color to the caption. So I added another actor and now they’re called man and woman.

In order to be able to display 2 captions at the same time we need to stop using voice delays to trigger/end nodes. So we can’t use voice with volume 0. We need to disable the voice and the delays. 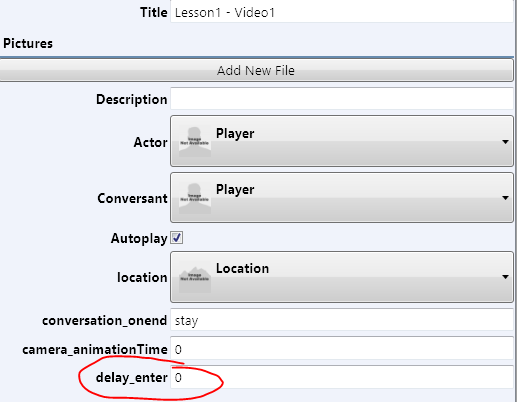 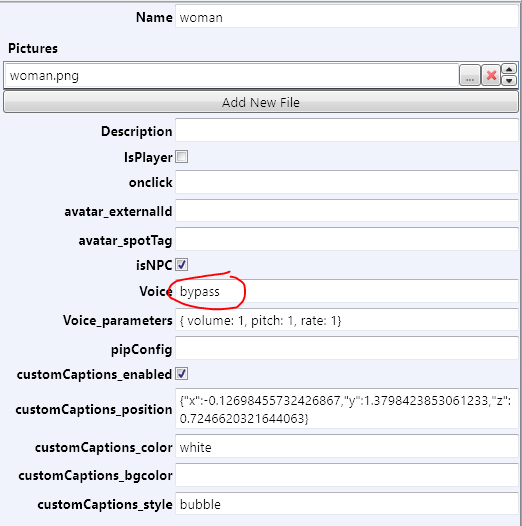 In order to hide all the visible captions this function call needs to be added to the node script field: