How to trigger avatar gestures

How to apply any animation as a full body gesture

How to decide whether they are sitting/standing (2.6+)

Voices and Text to Speech

How can I adjust voices so they sound different using rate and pitch?

Can I make my player character switch languages?

Is there an option to add a picture-in-picture to allow this other character to jump in and help for a minute?

How do I execute a script before a node is displayed?

How to trigger avatar gestures

In short, you can include the following in a ChatMapper dialogue node:

How to apply any animation as a full body gesture

For a full list of available gestures see the spreadsheet.

How to decide whether they are sitting/standing (2.6+)

In version 2.6+, a hotspot’s settings will include a field called posture. This can be set to stand or chair (for seated posture).

The field can be edited by entering edit mode, then clicking on the “cog” icon of a hotspot. 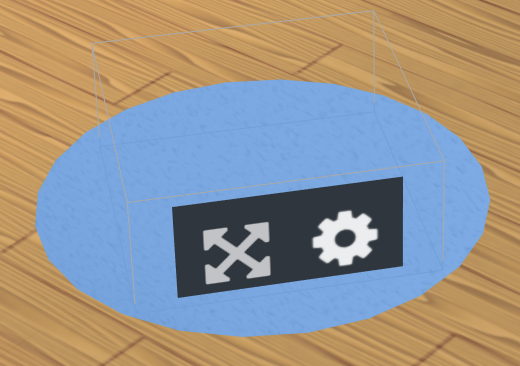 In the dialog that opens, find the posture field, and set the desired value. Afterwards, click the green Save item button (at the bottom right of the dialog).

From version 2.9 onwards, the following postures are supported

Depending on your target audience or scenario you may require younger avatars or bots. This is not a feature currently supported, however there is a script call you can make to achieve this.

To make the player character an avatar, you can execute this:

For any other bot, you can do something similar. You will need to substitute MY_ACTOR_ID for the actorID of your target avatar.

Voices and Text to Speech

How can I adjust voices so they sound different using rate and pitch?

Can I make my player character switch languages?

Yes. You will want to create a CAF for Dialog Nodes called “second_language” of type Boolean.

Check it in all the nodes in which the player has to change language.

In the first node of the first conversation, add this in the script editor of that node:

You should change the first four lines to include the voices you want. For instance, if you wanted the player avatar to switch between UK English and Italian, you would have

Assuming your localizations are called “spanish” and “en_EN”, you can switch by using this script in any node:

Is there an option to add a picture-in-picture to allow this other character to jump in and help for a minute?

Since version 2.12 PiP can appear and disappear automatically, only requiring one CAF to set up for Actors (Project -> Project Settings -> Custom Asset Fields -> Actors):

By checking this field on the avatar you want to appear in PiP mode, the avatar will be shown automatically when that actor is talking, and will disappear as soon as a dialogue node with a different actor starts.

Functionality that was available before 2.12 (showPipAvatar and hidePipAvatar functions – the pipConfig field has been deprecated since version 2.12).

To enable an avatar to appear as a PiP, a CAF is required for Actors (Project -> Project Settings -> Custom Asset Fields -> Actors) with:

This field should be filled with the following values for the actor that should appear as PiP:

The PiP will also need to be shown and hidden manually, by calling one of two functions:

showPipAvatar must go in the script of the node that shows the PiP (usually the same one in which they speak). actorID is the ID of the PiP actor, so if avatar X was the first created, the function will be showPipAvatar(1). To then hide the PiP, the opposite should be called, hidePipAvatar(1), As scripts in the Script Editor pane are executed as soon as a node starts, it’s best to call the “hide” function in the node right after the one in which the PiP actor stops speaking. 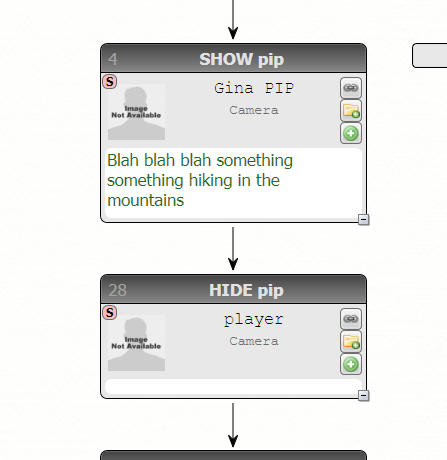 In the example image above, the first node would have the showPipAvatar function, in the one afterwards the hidePipAvatar.

How do I execute a script before a node is displayed?

In the script editor there is another tab called conditions

Scripts written in the conditions tab will be executed before a node is displayed, which can be helpful if you don’t want to display the node for some reason

Put the following, replace the actorId with the actor of the hotspot you are editing 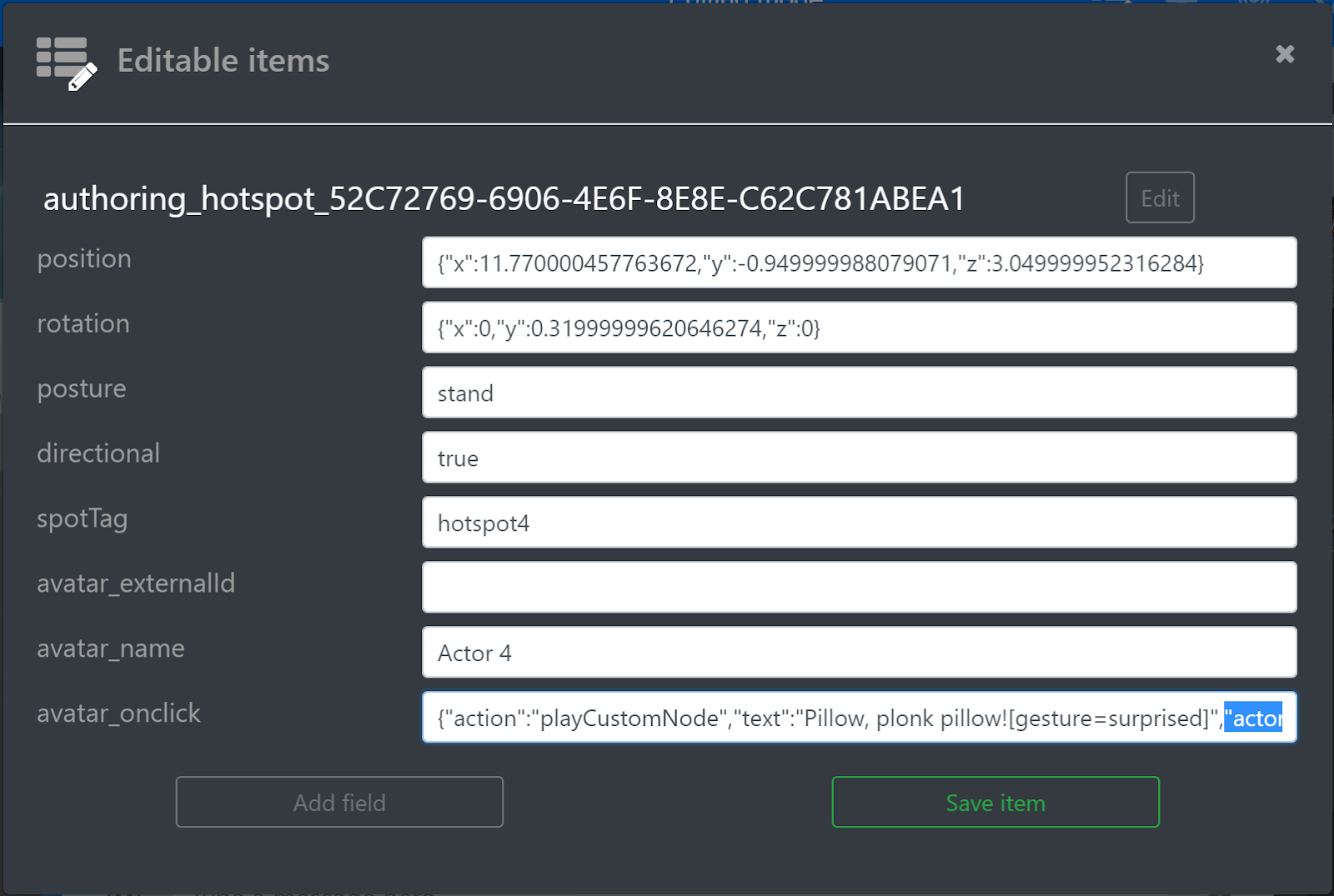 ActorID is generally the order in which an avatar has been created, starting at 1. So normally you'd have a list like this: 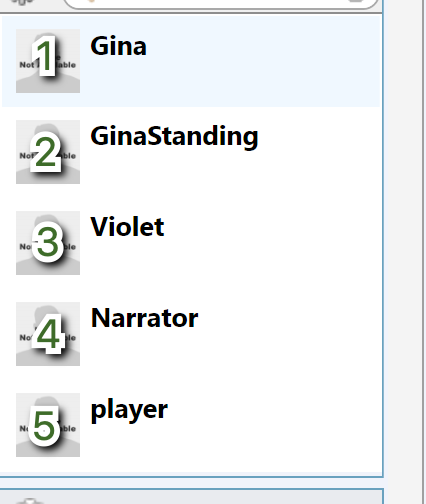